What is a contract ? 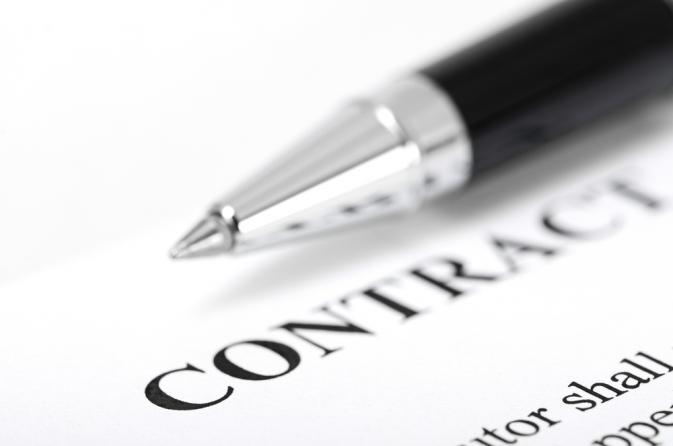 What is a contract?

A contract is a legally binding agreement between two or more persons. For example, if you purchase any goods, buy a house, engage a builder to carry out work on your house, borrow money, order goods or machinery from a manufacturer, or sign up for a telephone plan, these are all types of contracts.

Who can make a contract?

In New South Wales a person is able to make a contract when they reach 18 years of age. However, there are some circumstances when a person who is younger than 18 will be bound by a contract into which he or she has entered. Basically, it depends on the type of contract and the degree of understanding that the person had about the contract.

What if the person is mentally ill

In certain circumstances a person who is mentally ill or intellectually disabled at the time may not be bound by a contract entered into.

What makes a contract?

A contract involves certain basic elements. They are:

The parties must also have the legal capacity to enter into a contract, for example as discussed above, in relation to age and mental capacity.

Generally the terms of a contract are for the parties to decide.

What if the Contract is unjust?

Under the New South Wales Contracts Review Act the terms of a contract may be altered or disregarded if they are unjust or result from duress or unequal bargaining power.

What is an unjust contract?

The Contracts Review Act describes an unjust contract as one that is unconscionable, harsh or oppressive. It applies to contracts in connection with land, goods or services for personal use but not if the contract was entered into by you in the course of a trade, business or profession. For instance, an unjust contract could be one where one party has been tricked or pressured by the other, or where a person has been encouraged to enter a contract by another party who was aware of the person’s inability to understand the terms of the contract. Some of the things a court will look at when deciding if a contract is unjust or harsh include unequal bargaining positions of the parties; unreasonable or difficult-to-comply-with conditions in the contract; and the opportunity the parties had to obtain independent legal advice.

Does a contract have to be in writing?

Generally contracts do not have to be in writing, but there are particular cases when the contract must be in writing for it to be binding, for example guarantees, the sale of a house, and credit sales or other credit agreements.

However, it is usually better to have the details of an agreement and any variation in writing so both parties have a record of what has been agreed and are aware of what they are obliged to do, particularly when money is involved.

Are you bound by a clause you did not read?

If you sign a written contract then generally you are bound by all of its terms even if you did not read or understand them.

There are various types of contracts which you may come across in everyday life which do not require your signature, for example, a car park ticket or a drycleaning docket which has clauses printed on the back. Generally the rule is that you are bound by the clauses if you have read them or if you knew they were there but did not bother to read them, or if the other person took reasonable steps to draw them to your attention.

It is therefore extremely important that you read all the terms of a contract before you enter into it. You should not sign any document until you are fully aware of what its terms and conditions are and what they mean.

What happens if the terms of a contract are broken?

Once you make a contract you will be committing a breach if you do not comply with its terms, or if you change your mind and decide not to perform your side of the contract.

If a party breaches a contract there are a number of remedies available, including:

The type of remedy and its availability would depend very much on the type of contract and the type of breach. A Solicitor can advise you as to the best means of dealing with the problem.

How can a solicitor help me?

Advise and assist you if you are accused of breaching a contract.